At December 12th, the Multinational Force and Observers members gather together to remember the 248 American soldiers lost while returning home from their 1985 Sinai tour of duty. Largely members of the famed 3rd Battalion, 502 Infantry Regiment, 2nd Brigade, 101st Airborne Division, the group perished in one of the worst aviation crashes in American and Canadian histories. Nicknamed the “Widowmakers” because of their exploits from their parachute drop into Normandy during World War II, the soldiers had just finished a six-month rotation as USBATT 8; they were en route to Fort Campbell, Kentucky, where their wives, children, parents, and friends were gathered in a flight hanger, waiting to receive their loved ones.

Tragically, the aircraft taking them home crashed and exploted shortly after a refueling stop in Gander, Newfoundland, a Province in eastern Canada. All aboard, including the crewmembers, were killed.
The official Canadian government report said it was ice buildup on the wings that caused the crash, but other investigators have pointed to signs of an explosion and suggested everything from terrorism to smuggled souvenir ordnance instead. ​

By all accounts, the members of 3rd Battalion, 502nd Infantry performed marvelously during their tour of duty in the Sinai. All were looking forward to returning to family and friends. The unit, which had held positions in the southern sector of the MFO area of operations, based on Sharm el Sheik, had conducted a superb handover with its replacement unit. News of the crash arrived simultaneously to the MFO family at both North and South Camps. Shock and grief were shared by all soldiers and civilians who had worked with these great soldiers and bid them farewell.
​
Over the years since the Gander crash, the MFO family, unit veterans, and family members of the fallen soldiers have made 12 December a day to remember this loss. At North Camp, Widowmaker Field was built and dedicated in the unit’s honor. In 2013, another permanent memorial was built to honor these brave soldiers and other fallen members of the MFO family. This permanent memorial, constructed of polished granite, is meant to resist the effects of desert weather and to stand the test of time. Each day, the monument is a reminder that the price of peace cannot always be calculated in dollars... it is often calculated by the ultimate sacrifice paid by peacekeepers and their families.

Memorials for the fallen were subsequently constructed at both North and South Camps, Egypt; Gander Lake, Newfoundland, Canada; near Fort Campbell in Hopkinsville, Kentucky; and on post between Screaming Eagle and Normandy Boulevards.
​ 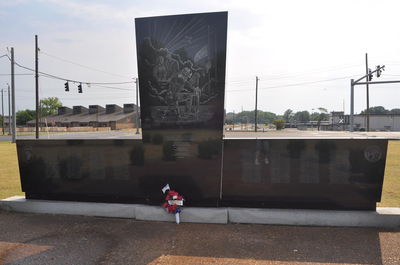 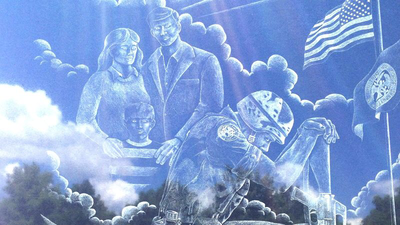 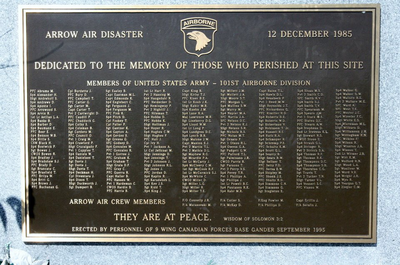 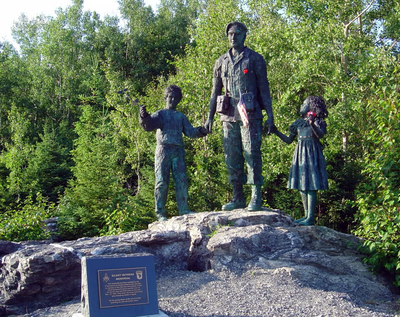 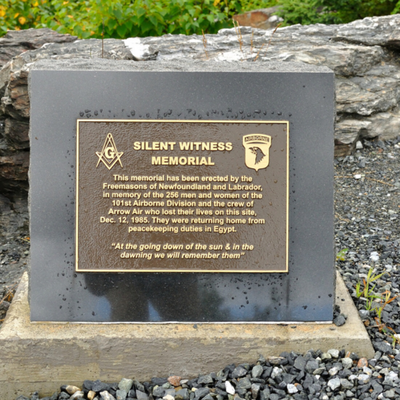 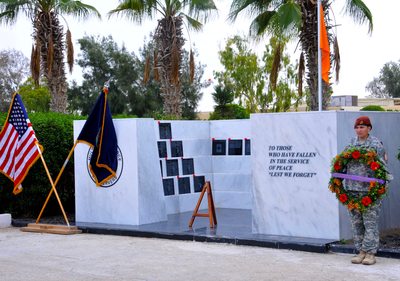 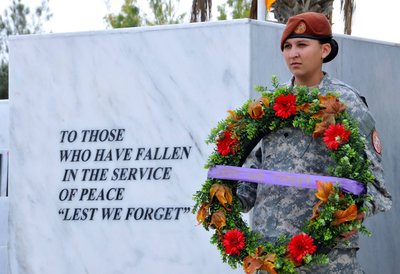 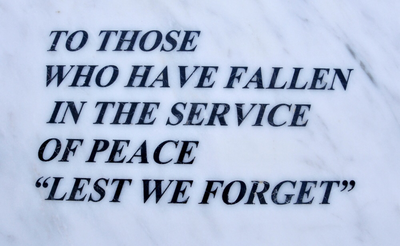 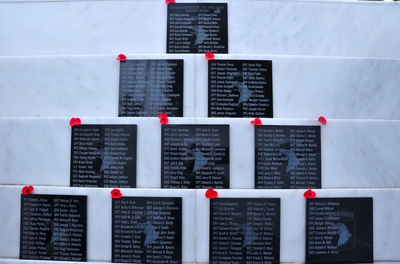 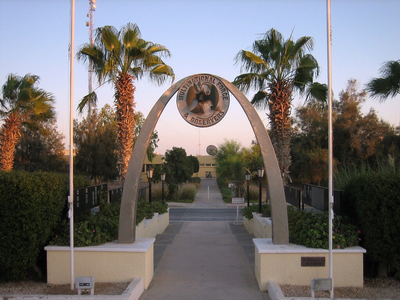 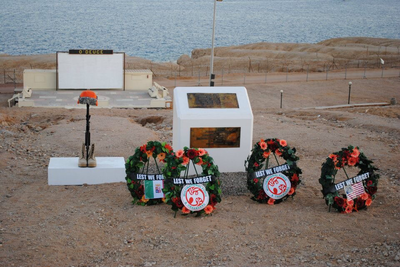 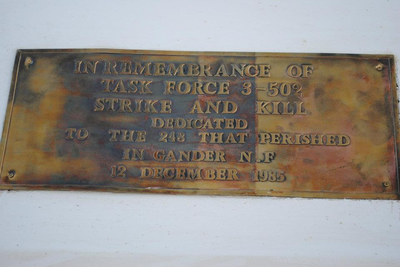 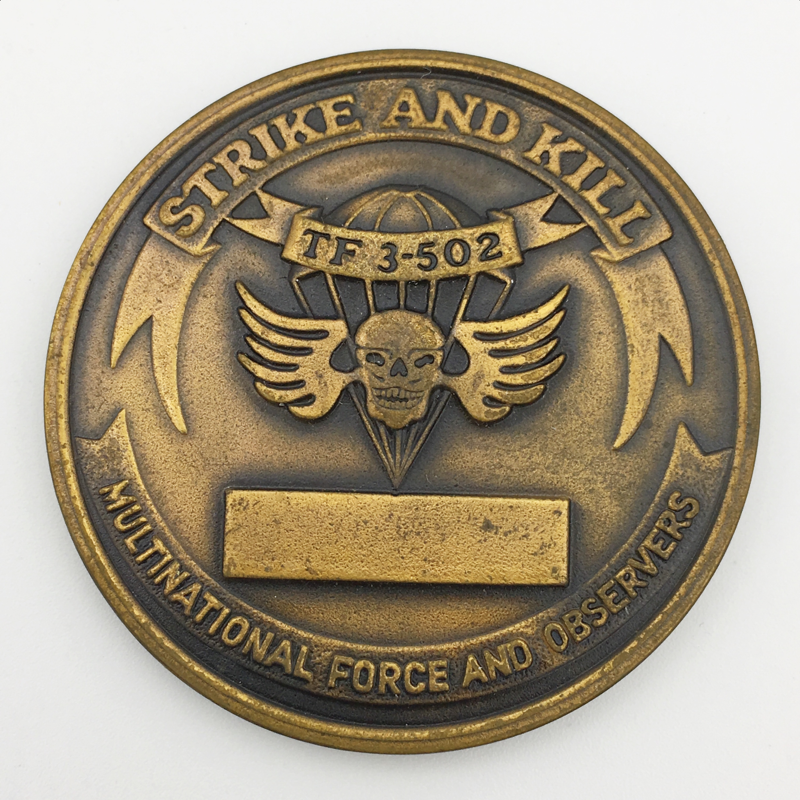 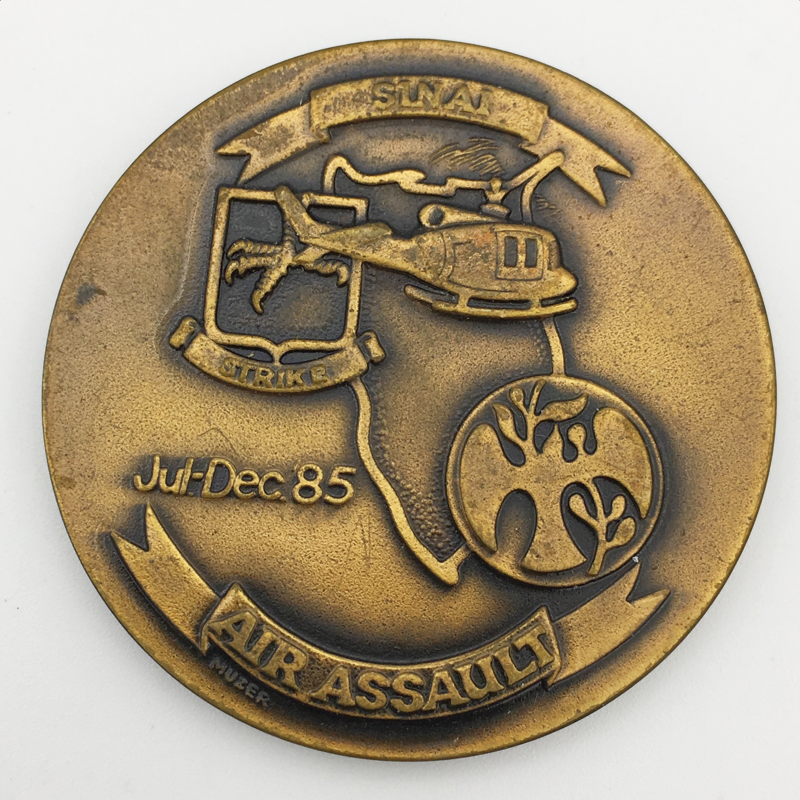 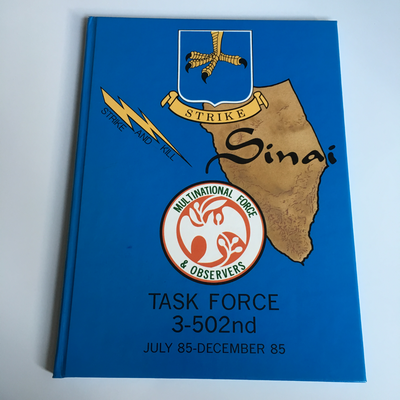 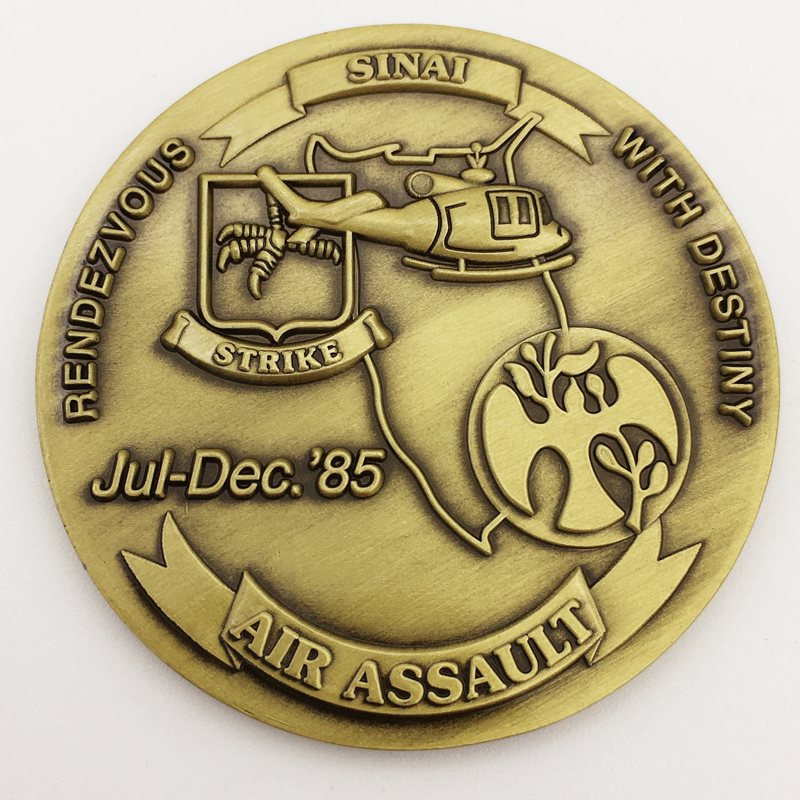 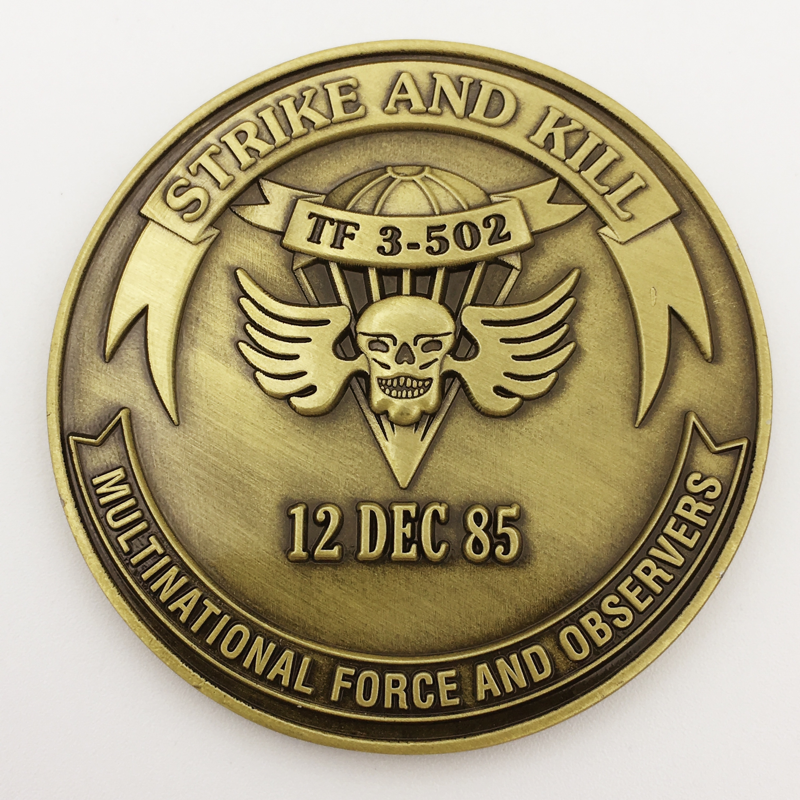